Top 10 Amazing Destination for an Incredible Weather Change in The World.

The cold weather on its way, it’s time to start dreaming about destinations that are always sunny and warm. It’s hard to imagine when you live in a location like northern Europe, the United Kingdom, or certain cities in the United States, but there really are some destinations out there that are never hit by the cold.

Often found in the Mediterranean or around the equator, these countries and cities experience warm summers and mild winters. It never gets unbearably hot or extremely cold, and the weather is good enough for the beach, even in winter. Check them out below! The sunny islands of Hawaii provide the perfect escape for Americans looking to get away from the cold winter. In the cold months, temperatures stay around 78-80 degrees, which is pretty amazing compared to some of the other winter temperatures across the United States.

The wet season, between November and March, may mean that your day at the beach is spoiled by some rain. But the temperatures are still mild and warm, and there are some areas in Hawaii which are known to be dry, such as the southwest of Oahu. Besides, a little rain never hurt anybody!

One of the most popular cities in the Southern Hemisphere, Rio de Janeiro experiences beautiful weather during its summer, which lasts from December to March. Temperatures can be quite hot during this time, sometimes climbing over 100 degrees Fahrenheit, but it’s always comfortable enough because there’s little moisture in the air.

The cold season in Rio isn’t really cold by international standards. Temperatures tend to stay around 75 degrees, so it’s also the perfect place to visit the beach in winter. There’s never really a horrible day in Rio. 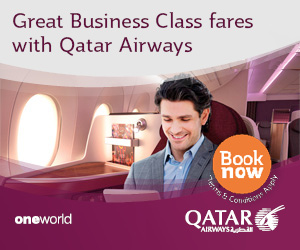 Another enormous country, China experiences different extremes in weather. Perhaps the best city to visit if you want to catch some gorgeous weather is Kunming City in Yunnan province, which has been dubbed “Spring City” thanks to its naturally perfect climate.

In summer, the average temperature tends to stay around 68 degrees Fahrenheit, so it never gets too hot. If you do want to visit in winter, it’s mostly dry and won’t be bucketing down with rain. The weather in Kunming is ideal for getting out and about and enjoying the sights of the city. 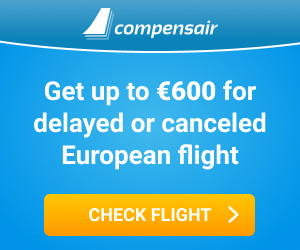 4. CLOSE TO THE EQUATOR: MOMBASA, KENYA

The city of Mombasa is the second-largest in Kenya and sits quite close to the Equator, giving it a comfortable subequatorial climate, similar to Costa Rica. While it’s sometimes overcast or rainy, the temperatures are often comfortable and perfect for a serene vacation. The clouds do take away a little of the warmth from the sun, so it doesn’t feel overbearingly hot.

Mombasa is lined with resorts and points of interest that tourists can enjoy in the warmer weather. These include nature parks, gardens, and white-sand beaches.

The Mediterranean really is one of the most enviable spots on the planet when it comes to divine weather. The island nation of Cyprus boasts some of the best weather in the area and enjoys particularly long summers. While the summers do get quite hot, the air is dry so there’s not the added element of humidity and mugginess. Plus, the cool breeze by the ocean tends to balance things out.

Spring is often mild in Cyprus, as is winter. The island receives a lot of sunlight because there are very few clouds, thanks to its location in the Mediterranean.

There are a few spots in the Mediterranean that boast sublime weather nearly all year round. One of them is Malaga in Spain, which is located right on the coastline. Orbitz points out that Malaga has one of the warmest winters of any city in Europe, so this is definitely the place to come when you need to escape the bitter winter cold.

One of the best things about Malaga is that it’s not the most popular tourist destination in Spain. Travelers are much more likely to visit Barcelona or Madrid, so you’ll often have much more of the relaxing city to yourself.

Malta is one of Europe’s hidden gems that many international tourists don’t think to include in their itineraries. There are endless great reasons to visit Malta, and one is the spectacular weather. In the city of Valletta and elsewhere, the climate is nearly always warm and mild. It’s essentially beach weather central.

Who can resist a Nice pun? Seriously, though. Nice is known for having one of the most enviable climates in the world. Most days are warm, sunny, and ideal for strolling along the promenade and taking in the sweeping views of the coast.

Located on the French Riviera, Nice has been a getaway for wealthy Europeans since the 19thcentury. It’s even popular with celebrities and royals who arrive to enjoy the glorious weather. Many arrive to escape the cold of northern Europe, spending weeks on end soaking up the sun by the beach.

Being such a large country, the United States has weather that varies greatly from area to area. San Diego, California, is one of the best cities to visit as far as great weather is concerned. According to The Mysterious World, 300 days a year on average are sunny in San Diego. That’s a pretty good record to have!

Costa Rica has a reputation for always being sunny, and it’s well deserved. The temperatures remain pretty constant throughout the year in the Central American country, which is known for serving as a popular island vacation destination.

The Tourist Maker explains that the warm weather in Costa Rica is humid, but the rainfall only lasts a little while. The touch of moisture in the air is just a product of the beautiful subequatorial climate and many people travel from all over the world to experience it on vacation.