Awards season is in full swing, but there’s one major show that has yet to announce its nominees: The Academy Awards. That all changes tomorrow morning, when Tiffany Hadish and Andy Serkis will wake up bright and early in Los Angeles to reveal this year’s crop of potential Oscar winners.

All 24 categories will be announced in a two-part, live presentation on Tuesday, January 23. If you’re as excited as we are, you’ll luckily be able to live stream the event on Oscar.com, Oscars.org, as well as the Academy’s digital platforms, including YouTube. 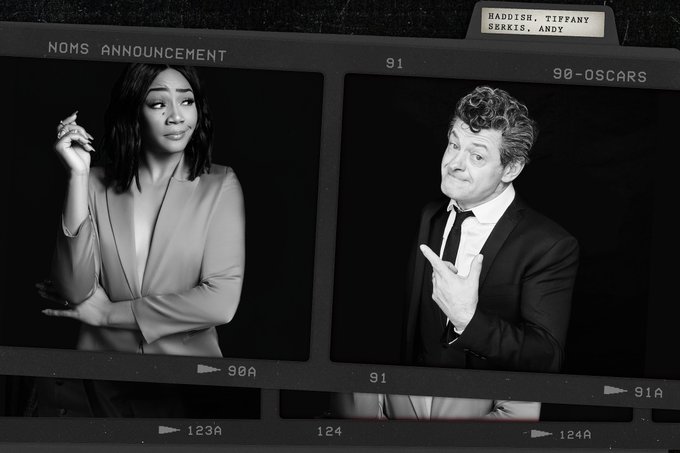 Not only will you not want to miss their breakdown, but potential nominees such as Saoirse Ronan, Timothee Chalamet, Armie Hammer, and Greta Gerwig are planning to call in.[MUSIC] Coinage. Life, well spent. Presented by Geico. Glitz, glam, emotional speeches, little gold men, it could only be Hollywood’s biggest night, The Oscars. Wouldn’t it be amazing to attend the show? Well, good luck with that. Tickets to the Academy Awards aren’t sold to the public. Studios by op the seats in the Dolby Theater for the star studded event. Nosebleed seats reportedly run $150, while orchestra spots sell for $750. So if you’re not in the cast and crew of La La Land, or hosting like Jimmy Kimmel, you’ve got to be really well connected to score a seat. Let’s say you do nab a golden ticket to the event, because your sister’s best friends cousin went to elementary school with Ryan Gosling. Time to get dressed. You can’t show up looking drap, if you spring for a stylist, set aside between $500- $3000. Aliases borrow designer does for free. but you’re not Emma Stone, you have to shout some hefty cash to buy or rent that goes decor to your dress or dapper tux. Enclose only half a battle. A top hairstylist starts at $150 and celebrity worthy makeup artists will run between $600 and $1,700. Finally, stars arrive in style. Limousine services can charge anywhere between $100 and $400 per hour with an eight hour minimum for Oscars night. Whew, a night at the Oscars can really add up. If the A listers had to pay their own way, that’s easily $10,000 To be a part of Hollywood magic for one night only. Coinage. Life, well spent. Presented by Geico.